Install Pysco this will half the time you’ll need to generate large G-code files.

The new G-code generator had been downloaded from the following GitHub repository (https://github.com/daid/SkeinPyPy). The version, win32-SkeinPyPy-NewUI-Beta2.zip, has been used in this demonstration.

SkeinPyPy with an easy to use User Interface. Beta2 which adds advanced configuration, and fixes a few bugs from Beta1.

Note: SkeinPyPy has been discontinued and inherited by Ultimaker Cura since April 2012.

Marlin Ultimaker Generator (https://bultimaker.bulles.eu/) has been used to generate the Marlin firmware for Ultimaker Original (Rev3).

With the new software, the slicing process became much quicker. I downloaded the STL file of the Fan Duct for Ultimaker by Maurits from Thingiverse and used it as an example. A snapshot of the 3D model shows in the above picture. You can see that it is a high-poly mesh with 45,170 triangles. It takes more than 10 minutes to generate the G-code if using ReplicatorG. But, It took only 4 minutes 58 seconds in SkeinPyPy. I think you should also upgrade to the latest Marlin firmware + SkeinPyPy soon.

Related: Printing Test of our 3D Cartoon Character with Ultimaker Original in 2012 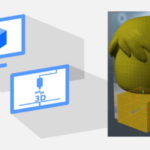 It has already been October. The Holiday Season is becoming… 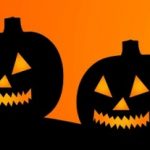 Today most people are familiar with 3D printing. Indeed, it… 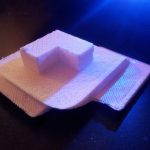 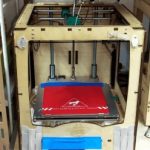 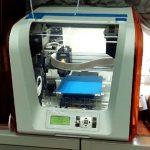